Here’s to views of the Bordeaux hills

Posted at 10:00h in Oak glulam beam by Grupo Gámiz

The roof of Le Dôme, a winery in Saint-Émilion designed by Norman Foster’s studio, is constructed using VIGAM: the only oak glulam in the world with the CE marking for structural use.

Sustainable architecture is developed based on different prerequisites related to respect for the environment. Of course, the use of natural materials, such as wood, that promote a lower carbon footprint in the gestation stage of projects, is a major factor. But it can be said that sustainability begins with the gaze, in the attitude to commissions.

In the end, sustainability is just that: the ability to progress without endangering the well-being of the generations to come. In the case of Le Dôme, a winery in Saint-Émilion in the Bordeaux region, designed by Foster + Partners, the desire to preserve the landscape and the sensations generated by the environment where it lies became the axis of the project. 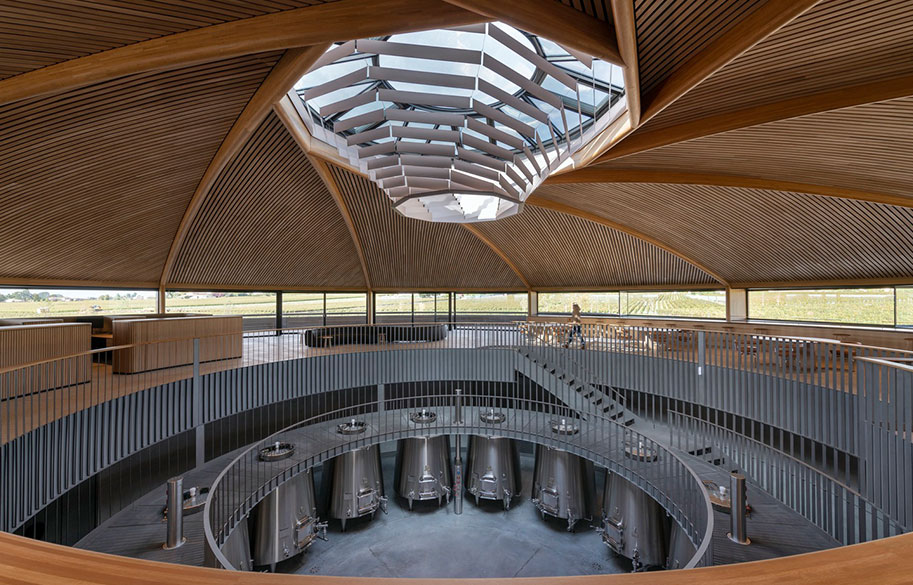 The owner of Le Dôme was sure: the vineyard in which the new winery was to be built was so beautiful that nobody would be able to compete with it in capturing the emotions of the visitor, and nor should they. Consequently, Foster’s team designed a modestly sized building with the idea that it would go unnoticed, blending into landscape. 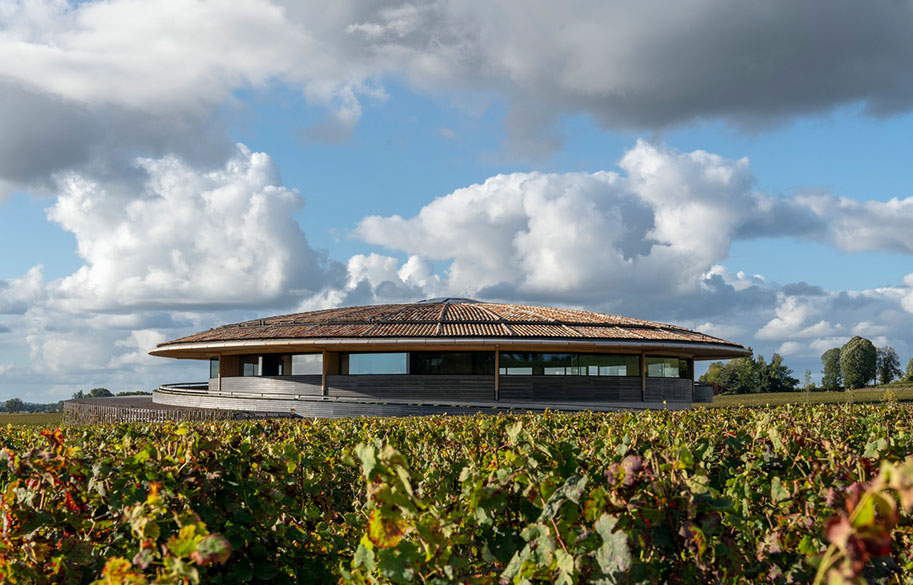 Actually, one of the decisions that achieved this objective, so as not to diminish the quality of the installations necessary for the services inherent in a winery, was to set the building a few metres below ground. The idea of blending into the environment was achieved quite literally: Le Dôme is rooted in the vineyard, like just another vine.

A beautiful oak roof that protects the horizon

UNESCO was also clear on this: the area is Cultural Heritage of Humanity. Nothing, nor any person, may modify the landscape or its effect. Not even the balance of the horizon can be broken, marked by the small gently rolling Bordeaux hills, home to one of the most celebrated wines in the world.

With this in mind, the studio considered a 40 m roof , subtly tilted to imitate the incline of the surrounding hills. This roof is made with oak timber, specifically VIGAM, the only oak glulam in the world with the CE marking for structural use.

The elegance of the roof seen from inside, with the oak glulams drawing a beautiful circular trail, adds to the accomplishment of comfort and freedom of movement for staff and visitors, connected in an open space, with no columns in the hall. This technical challenge was overcome thanks to the structural building advantages of VIGAM.

It was the Foster + Partners architecture studio, the studio created by Norman Foster in 1967, that was responsible for the design of Le Dôme. For a long time, one of the hallmarks of the British architect, a Pritzker prize-winner, has been a sustainable understanding of architecture. 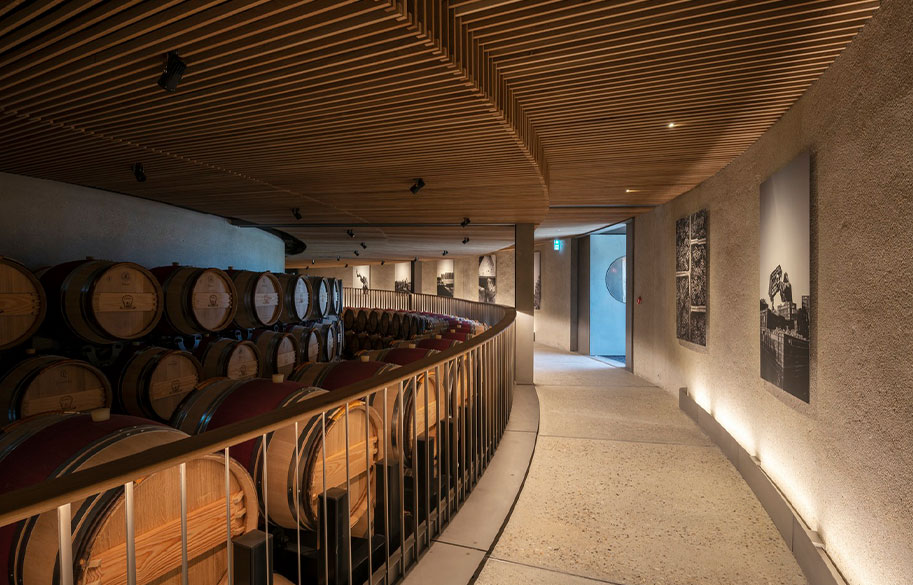 Foster, now in his eighties, one of the most well-known and influential architects in the world, is still teaching new generations to design with the conviction that anything is possible. Whole 100% sustainable cities have sprung up from the utopian spirit of his architect’s pencil, such as Masdar in the United Arab Emirates, and Amaravati in India, projects yet to be made reality.

By definition, utopias are practically impossible to make reality. But if it weren’t for those who strive for them, like Norman Foster (or other contemporary architects such as Renzo Piano), what we might not have would be progress. Nor wineries with such beautiful roofs as Le Dôme. 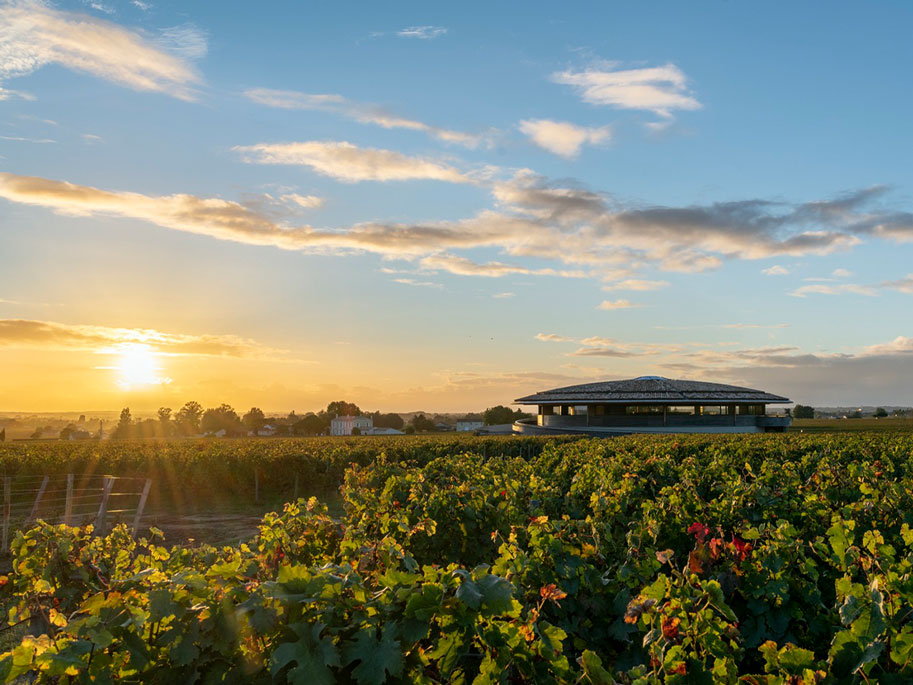